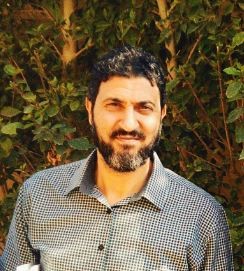 Osama has led and been involved in several state-of-the art commercial and scientific projects for academia and industry, such as: the intelligent integration of railway systems, human-computer interfaces for multi-vehicles planning system, real-time knowledge-based systems for maritime aircraft for the MOD as well as communications & protocols for Toshiba's satellite. He developed a driver for the Tritech sonar, an interface to Web Feature Serve for the US Navy, a media player for the multi-beam Blueview sonar, a SMTP to SMS gateway, an authentication module for RSA and a location-based service gateway. He worked as a consultant in investigating the use of GIS in homeland security and transportation in SA.

Osama also lectured and taught for a number of years in the UK as well as internationally, he's written numerous teaching and training aids. Osama provides consultations for different educational institutions locally such as City of Edinburgh Council as well as abroad. Beside his technical expertise he has interests in philosophy, psychology, linguistics, and law.