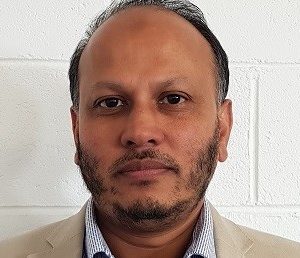 Ashraf is a Research Associate for the ReFLEX project, funded by the ESPRC. His research interest includes the smart grid, smart cities, data science, computer networks and wireless communications. His is a multidisciplinary approach aided by his Master degrees in IT as well as Statistics.

Ashraf obtained his PhD in Computer Science in 2019 from the University of Bedfordshire, UK, where he worked on the smart grid. He has a number of publications. His research was on designing the demand response pricing model by using simultaneous perturbation stochastic approximation within the smart grid. From 2015 to 2019, he worked as a Visiting Lecturer at the University of Bedfordshire. Prior to that, between 2004 and 2014, he worked as a Head of Student Services and IT Manager at ICON College of Technology and Management. Over this period of time, he also served as an IT Consultant at IT Anywhere which provides smart hardware and software solutions